Posted at 20:22h in Event by David Feldman
0 Likes

On 11 August 2019 there was a ceremony unveiling a monument to commemorate the Jewish community in Białowieża, Poland, on the anniversary of the execution of 77 Jewish men and boys in a former gravel pit near Białowieża. The monument will also commemorate those who died in the ghettos in Kobryn and Pruzhany, and in Auschwitz and other camps to which they were sent. 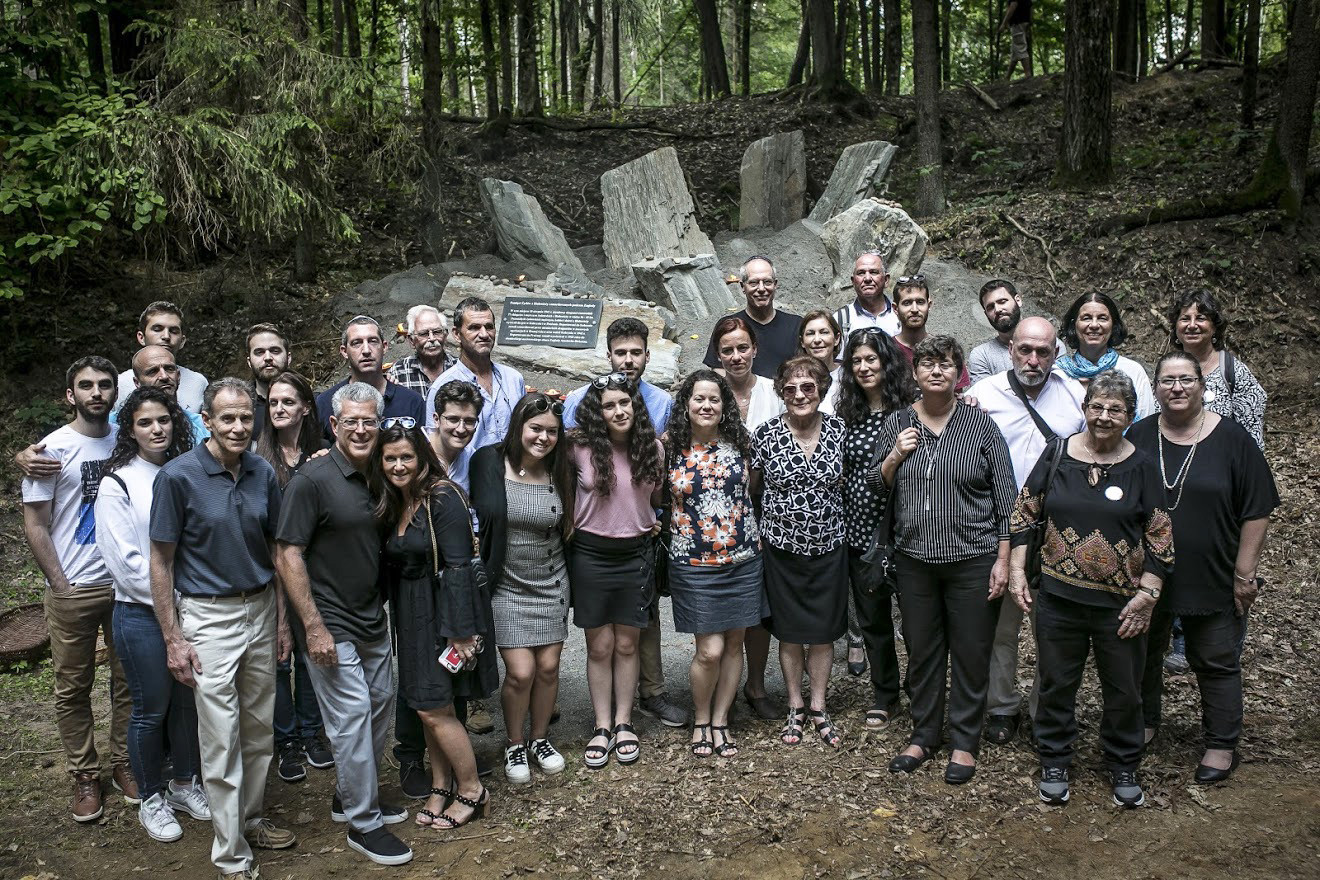 The bottom half of the plaque there is an English translation which reads:

The Jewish Community in Bialoweiza

In the pre-war multicultural community of Bialoweiza there were Jews living among Belarussians and Poles. They started to settle in the first half of the 19th century, when Bialoweiza belonged to Grodno Governorate in Russia. The majority of the families came from there – Pruzhany and Shereshevo. Jews lived mainly on today’s Stoczek street but also in other parts of Bialoweiza – Zastawa and Krzyze. Jews owned grocery, hardware, textile and haberdasher’s stores, as well as brasseries. They were tailors, blacksmiths, hairdressers, cobblers, butchers and wood valuators. On Stoczek street there are several dozen houses in which Jews lived and ran shops, e.g., Stoczek Restaurant, Pizzaeria Siciliana, Barbara Banka’s Atelier and Drewutnia souvenir shop. At No. 38, behind the shop (now it’s a primitive area), there was a wooden synagogue built around 1910 and demolished in the 1960’s. Behind it there was a Jewish school and mikvah. There was also a private brick house of prayer on the same street. During the interwar some Jewish inhabitants emigrated to the US and Palestine. Their descendants still live there. The end of Jewish community in Bialoweiza was caused by the Holocaust. On August 10, 1941, Germans executed 77 Jewish men and young boys at the former gravel pit near Podolany settlement in Bialoweiza. Others were deported to the ghettos in Kobryn and Pruzhany. Those from Kobryn were murdered in mass executions in Brona Gora in 1942. Jews from the ghetto in Pruzhany were transported to the concentration camp in Auschwitz at the beginning of 1943. At the place of the gravel pit execution there is a monument commemorating the Holocaust of Bialoweiza Jews. Only 6 Jews form Bialoweiza survived the Holocaust.